Breed History; . . . The Bali duck is an ancient breed of considerable significance. Ducks of upright carriage have been found carved in the stone of the temples of Asia dating back some two thousand years. Most waterfowl authorities believe the Bali duck to be the originator of the Indian Runner.
The Bali is accentuated by a long body that is somewhat heavier than it's Indian Runner cousin, and resting snugly on the back of the head of an ideal Balinese is a golfball sized crest. Most Bali that are reared outside of Indonesia are white, although brown is the common colour in their homeland.
While Bali ducks are good egg layers producing a blue/green to white egg, they are still rare outside of their homeland. They have not yet been selectively bred for egg production unlike their Indian Runner cousins, however the Bali duck is a fascinating breed.
The body carriage is not as varied as that of the Indian Runner: Balis tend to vary between carrying their body at angle of 60–70 degrees to the ground whereas Indian Runners can be anywhere in the range of 45–75 degrees. The Bali has wider shoulders and heavier-set body than the Indian Runner, and a coarser head and bill shape. It can be clearly distinguished by the crest on the top of its head. A crested vertically built duck visually a crested Indian Runner available in many colours with few standardised colours  ** The Bali is allowed  shoulders the Runner does not**

The Lethal Crested Gene
This gene is a dominant gene with a lethal variant. If C=crested andp=plain non-crested, it works like this:
Crested Drake =C p (this means that a crested drake in a pen can turn any breed crested)
Crested Duck = C CC Cp
their offspring will be:- pp is a non-crested duckling,....Cp is a crested duckling,..CC (theoreticallycrested) dies in the shell due to skull deformities. 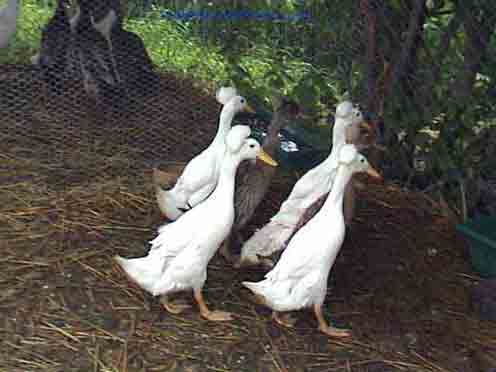 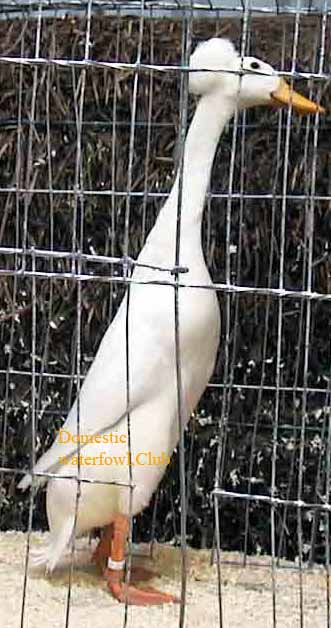 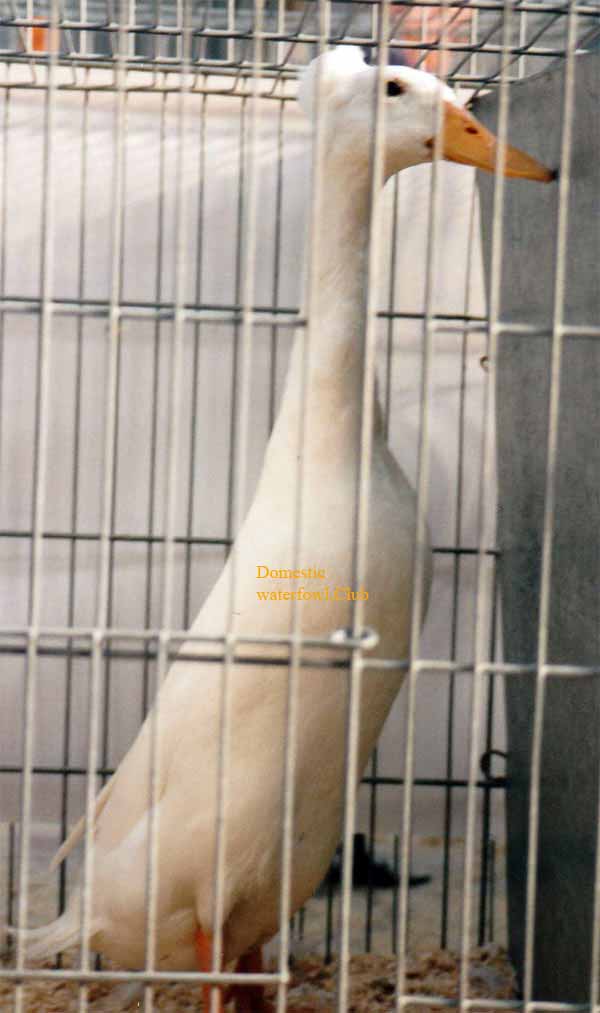 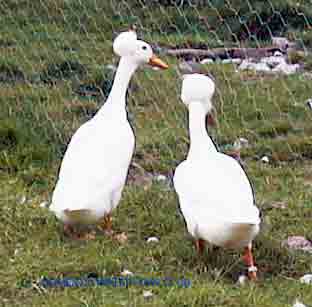