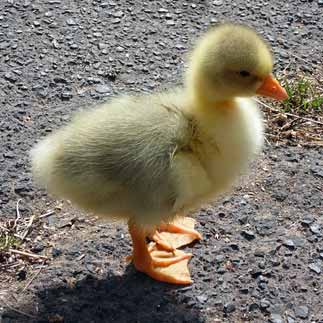 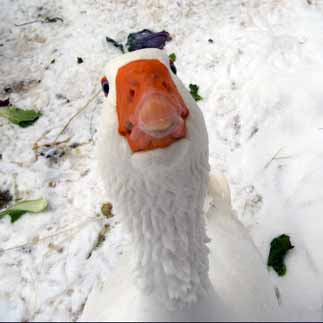 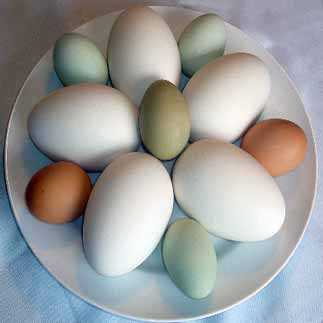 Breed History; . .
Breed Background: Country of Origin: Germany / Northern Europe/Thuringen area. Bred originally from a cross from the local geese and Chinese. Known as a pure breed from 1932 in Europe Also known as L'oiede combat de Steinbach in France/Belgium .Steinbacher Geese were first standardised in the UK in 1997.
Appearance: Available in Blue ; Grey ;Buff ; Cream and white in Europe but here only Graham Hicks keeps Grey most are Blue .They are distinctive in that they have a black bean on an orange bill with black seration marks around the edge of the mouth. Feet and legs orange.Uniform grey blue feathering
A medium goose with a very straight neck ,strong with a sloping back line . They should not have a paunch as a young bird although most are dual lobed as adults .*Keels are a disqualifyingfactor in this breed

Size: Gander, 6 / 7kg Goose, 5.5 kg
Meat Production: Egg Production:
Broodiness:. Incubation: 28 - 34 days Can be a reluctant sitter watch with a broody ready.
Notes: Known as a Kampfganse ie fighting goose which is shown by the short strong bill useful for defending yourself. In keeping them I have yet to find an aggressive one they seem similar temperament to the Chinese ie. will protect if provoked but mostly amenable 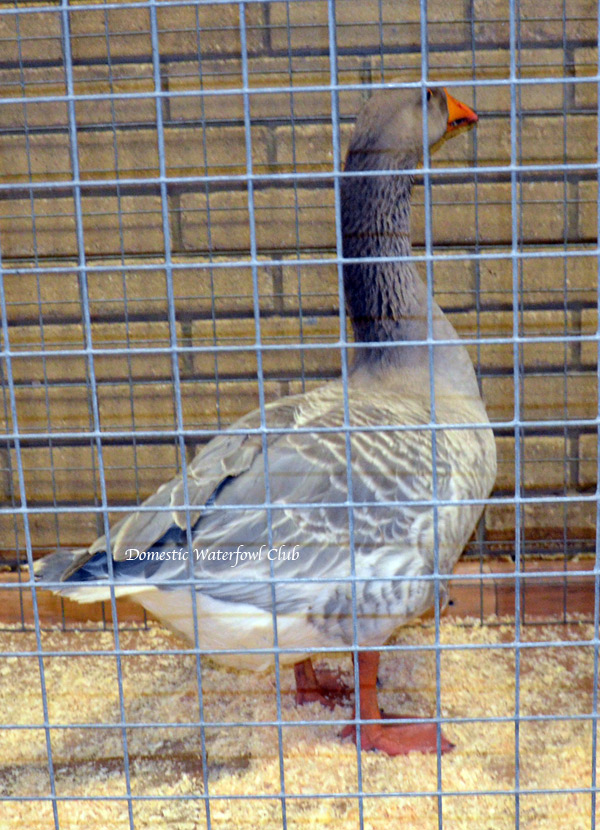 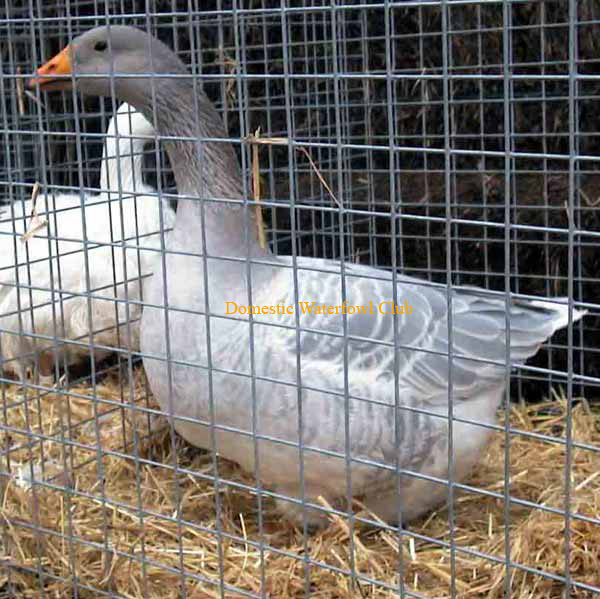 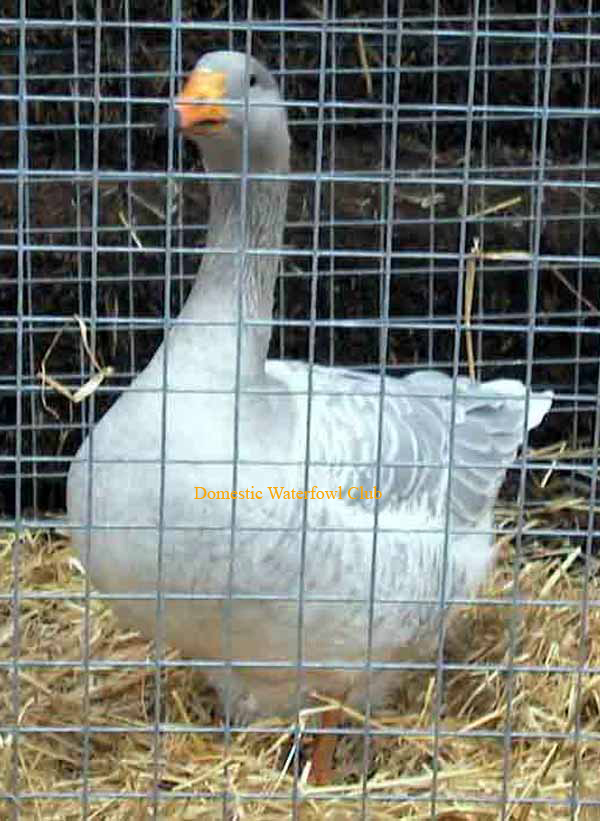 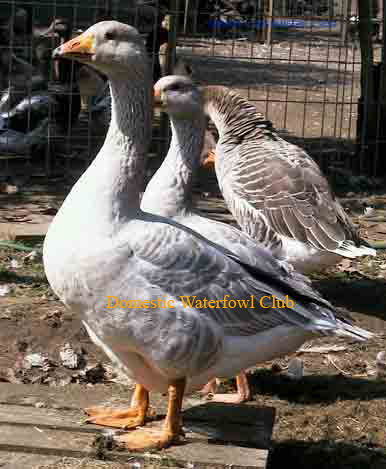 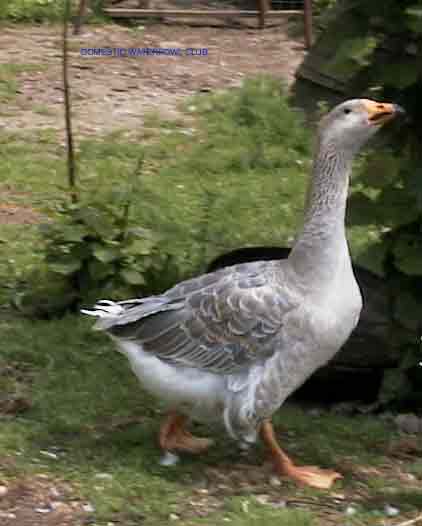 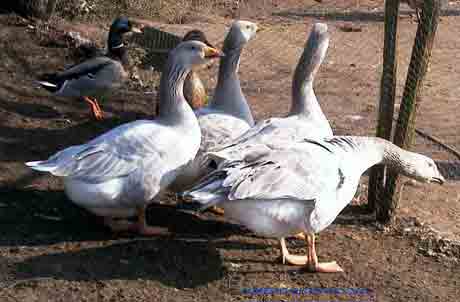 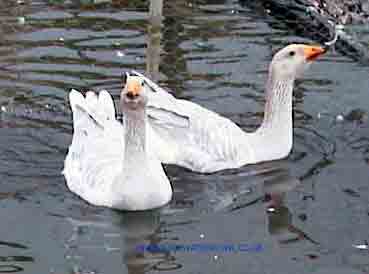