General characteristics:male and female
Carriage: Alert and slightly upright, the head carried high with shoulders higher than the saddle; the back showing a gentle slant and the line of the back and the belly running almost parallel. The wholecarriage not too erect but not so low as to cause waddling.
Head: Well-rounded and refined in jaw and skull and may not showpronounced cheeks. Bill of medium length and width and almost straight; rising almost hollow towards the head. Eyes alert and bright, placed fairly high in skull.
Neck: Of medium length and width, tapering towards the head, carried almost vertically.
Body: Of medium length, well rounded and slightly upright.Tail well-spread, extending for,.the back.
Breast: Carried fairly high, not too full, but well-rounded.
Wings: Of medium length, carried tightly and closely to the body
Legs and Feet: Of medium length, firm and placed well underneath thebody.
Plumage: Tight and silky, giving a sleek appearance.
Possible differences between drake and duck: The drake has well-developed sex curls and is more upright in carriage than the duck. The speculae of the drake are more blue and do not show the strong yellow-brown overlay seen in the duck.
Colour and Markings1.Drake's Plumage: Head and Neck: Pale lilac-blue with a slight brownoverlay on the back of the head and neck down to the wide, white neck-ring which is sharplybronze defined and completely encircles he neck..Bill: Olive green without any trace of blue, dark horn-coloured bean at the tip..Eyes:Dark brown.Back: Pale lilac-blue peppered with some white lacing, getting paler towards the tail. Breast and Flanks: Rich mahogany-brownwith creamy-white lacing. Rump and tail: Lilac-blue bordered with cream, undertail cushion lilac-blue.Belly: Creamy-white..Wings:Scapulars a rich brown heavily laced with creamy-white. Wing bars and wing bowswhite; some pale lilac-blue peppering allowed. Speculum palelilac-blue with a browny-yellowoverlay and bordered by distinct speculum lacing. Primaries are white with pale lilac-blue peppering..Legs and Webs: Bright orange.
2.Duck's plumage: Head and Neck: Yellowy-brown head with bluey-brown"raining on the crown. Neck yellowy-brown with pale brown "raining, shading off into pale yellow to cream on the dividing line with the breast, giving a distinct transition between the neck- and breast colour Bill:Slate-grey at the base, changing gradually into dark-green towards the tip with a black bean. Eyes: Dark brown. Back: Pale yellowy-brown with bluey-brown "raining; pale creamy lacing is allowed.Breast and Flanks: Upper side of the breast, including the upper side of the flanks is similar o the upper side of the back. The markings of the flanks are slightly broader, changing into a pale yellow to cream towards thebelly. Rump and tail: Yellowy-cream bordered with cream-white; undertail cushion pale yellow tocream.Belly: Pale yellow to creamy-white.Wings: Scapulars yellowy-brown alternating with pale lilac-blue with yellowy-brown to cream lacing, giving a distinct"rained impression. Speculum pale lilac-blue with a distinct yellowy-brown overlay and bordered by distinct speculum lacing.Primaries are cream with a pale brown overlay. Legs and Webs: Dark dun.


Names  Overberg
Country Of Origin;.  ........ The Netherlands through selective breeding from North-Holland Hook Bills, Abacot Rangers and Welsh Harlequins.
Carriage;   Similar to the Campbell ducks but a substantailly more well built duckie useful for the table if needed
Purpose;...  .......Eggs..Meat...Broody...a good utility duck
Egg Colour .....................The eggs weigh 65 g and arewhite
Egg Numbers  .............180 /200
Breed Hints.... Kept as trio or pair .. will go broody and hatch Males can be a bit rampant like the Campbells
Weights; 4 to 5.5 pounds
Breed Tip   .This breed is basically a blue dilution of the Welsh Harlequin
Flying .     rarely flies a goodback garden all rounder; 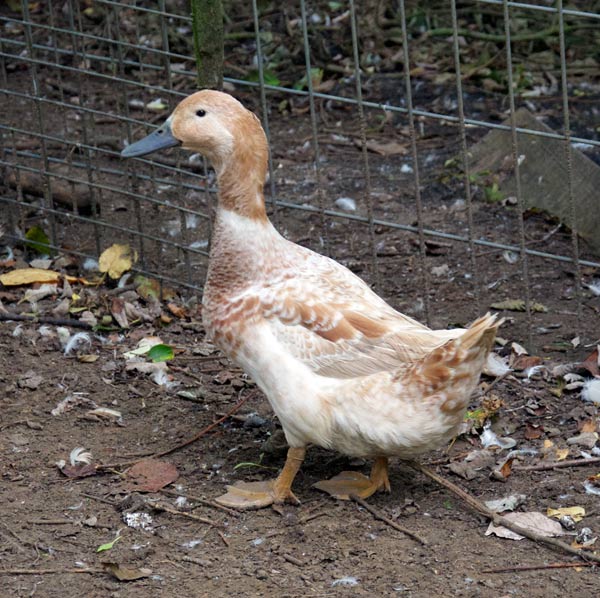 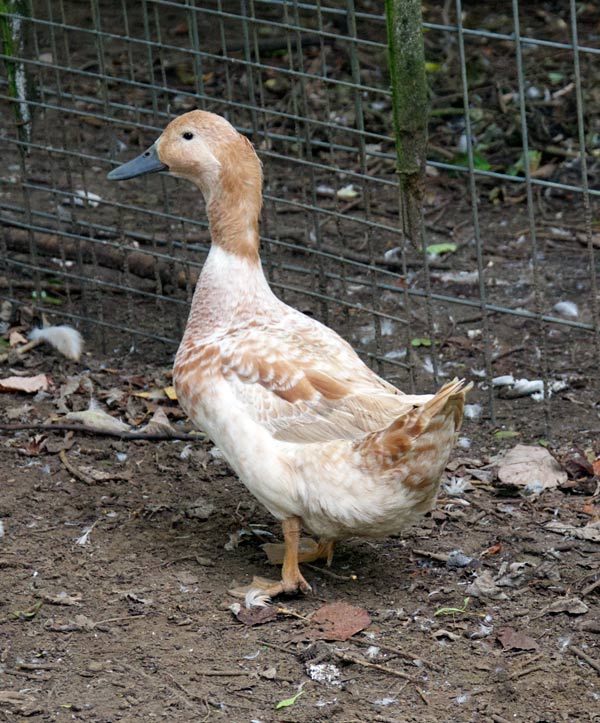 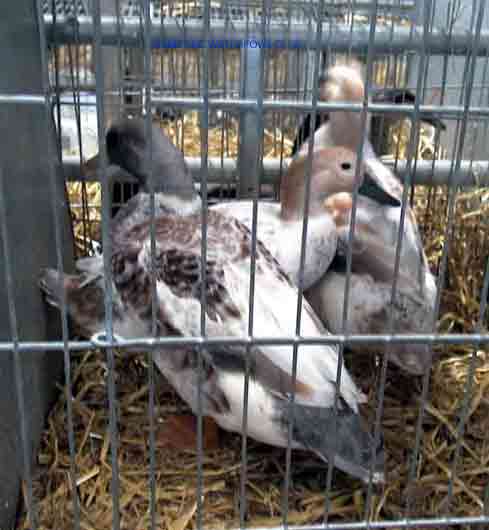